Chocolate has always been an exceptional ingredient, fascinating for its tastes and flavors, but it is not given to everyone to master its secrets. Only a few great chefs know how to make the most of chocolate’s potential, and offer the best of their creations in the shops.

That is why France Hotel Guide invites you to see its list of the best chocolate makers in all Paris.

Since 2013, Alain Ducasse, the famous Monegasque chef, delights the 11th arrondissement of Paris in his store on rue de la Roquette, where some of the sweetest creations of the capital are born.

Homemade, using traditional methods and with an exemplary finish, you’ll enjoy la Manufacture de Chocolat’s creations and masterpieces, which have an authentic and unique taste.

Internationally recognized for his ganaches and pralinés, which have more than 25 variations, the La Manufacture de Chocolat is a must for sweet lovers.

For more than twenty years now, the Belgian chocolate maker Pierre Marcolini has been transforming his cocoa beans, harvested across the world, into some culinary masterpieces. The legendary finish of his boxes of fruits and flower like ganaches have already been proved to be excellent and will make you melt with pleasure.

When you visit Pierre Marcolini, it is not for some random chocolate: you are assured of tasting very high quality chocolate, befitting true Parisien excellence.

Our opinion: France Hotel Guide recommends the macarons, which we consider to be the best in the market because of their soft core and crispy shells.

At the beginning of the 1760s, Pierre Jean Bernard, a young grocer, decided to settle in Paris and to open his business – a business that would over time, know a dazzling ascent and would welcome many famous people, like Emile Zola for example.

The shop is now seen as one of the best chocolate shops of the capital. Once inside, you’ll have the feeling of traveling back in time, back to the 18th century.  The authenticity of the shop can be felt no matter where your eyes look, thanks to its sweet products and true artistic creations.

The Orangettes Aux Chocolats are a true delight and will transport you to the age of Kings and Queens. A revolution ahead of time, but in gastronomy!

“What is good for the palate isn’t bad for the soul”. This has been the motto of the familial chocolat shop “La Maison Bonnat” for over 135 years. It has almost been two years since the firm, initially located in Voiron, Isère, opened its doors in Paris and offered the full range of their products.

Whether you like chocolate bars or traditional chocolate candies, the La Maison Bonnat will satisfy you. The specialty of this shop is its interest for theme animations, offering tasting or products according to the season or the time of the year.

Influenced from a very young age by the glamorous and fascinating universe of gastronomy, Patrice Chapon has become one of the rarest French chocolatiers to roast his cocoa himself.

He opened his first workshop in Seine-et Marne, in 1985, after having worked for two years as Queen Elizabeth’s ice-cream maker. Since then, four shops along with many international rewards have consecrated his work.

One of the keys of its success is undoubtedly his “bar à mousses” which, thanks to its flavours and savours, will take you back into childhood and recall the feeling you had when you ate chocolate for the first time.

Opening hours: May differ depending on the establishment.

No need to introduce Pierre Hermé. Elected as the best baker in the world by the “World’s 50 best restaurants”, he is now the manager of many bakeries present all around the world. Indeed, he has more than 15 shops in Paris alone.

Creator of the very famous Ispahan, a pink raspberry and petal cream macaron, Pierre Hermé knows how to put all his talent into his creations and can melt even the hardest heart.

If you’re looking for high level bakery, know that he is one of its pioneers – he was one of the first to cut across the rules of the profession by offering pastries that look like pieces of art, sober and without any embellishment.

More than a chocolate maker, Patrick Roger is also a sculptor. Indeed, in addition to his Croquettes or classical bars, he also offers sculptures… in chocolate, of course!

We can name some of his work, like a hippopotamus or an orangutan, entirely made of chocolate. More of his work is displayed in his shops.

More than a simple chef, Patrick Roger is an artist, mixing in his creations a love of good food and appearance. Some of his work can reach 80 kg, giving an insight into the unlimited potential of cocoa.

Considered as one of the biggest culinary masters of all time, Jacques Genin has explored every aspect of gastronomy before specializing himself in chocolate.

Based in his laboratory in the heart of Paris, Jacques Genin works every day in order to develop new techniques and methods to transform his ingredients into culinary jewels.

If you prefer a bakery instead of a chocolate, do not hesitate to taste the caramel pie with chopped nuts or the Paris Brest, one of the best (if not THE best) of the capital.

Let’s leave traditional chocolates and go to Jean Paul Hévin, known for his innovating associations – mixing sugar and salt. Who else would think of stuffing chocolate with cheese? If this seems too much, many other possibilities exist, like mixes with bananas or peppers.

Opening hours: May differ depending on the establishment

The work and mastery of chocolate has evolved over the generations. Today, Christophe Roussel shows with his creations how the new generation can turn French traditions upside-down.

Christophe Roussel’s success also comes from his macarons, with their audacious taste: we can think of some flavors like his association between apricot and lavender, or the one mixing chocolate and foie gras.

Thanks to his journeys across the world, Christophe Roussel knows how to surprise, by associating his culinary discoveries with his cooking, to strongly challenge established rules.

All the knowledge of the chocolate master is felt in his work that mixes precision and delicateness, giving birth to exceptional creations. Pascal Caffet is one of the pioneers in the making of pralinés as we know them today.

If you were still wondering where to order pralinés, do not hesitate. 7 Great Vegetarian Restaurants In Paris For All Budgets 10 Restaurants in Paris In Which to Eat Excellent (the Best!) Boeuf Bourguignon 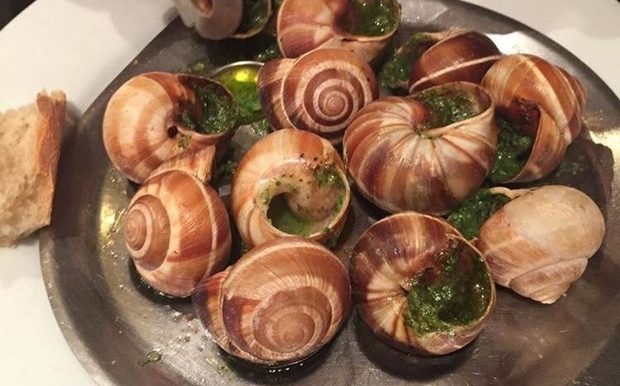