Want to spend a nice evening and have fun with your friends? Game bars are the thing for you! You’ll get the chance to gather around board games, video games or even card games while sipping a cocktail. No matter if you are a beginner or an experienced player, there will surely be a game bar for you in Paris. Come and follow us in our tour of the thirteen best game bars in Paris!

Ever since it opened in 1995, OYA Café has made it its number one goal to have everyone discover the wonders of board games. It is one of the oldest game bars in France.

With its long years of experience, the staff knows every game by heart and will be able to help you pick the best game for you and your team. Its games shelves are full of a large variety of games for the whole family to play. A paradise for both the young and the old!

Note that the bar serves only alcohol-free cocktails, snacks and ice-creams, but its rates are much lower than other game bars.

Nested in the Quartier du Marais, Le Nid welcomes players in a warm and friendly atmosphere. This place which is also called “Cocon Ludique” (Recreational Cocoon), will make you feel at home.

Its 800 or so games offer various themes for everyone and everyone’s liking: cooperation, strategic games, party games and so many more. And if you ever like a game in particular, you can buy it on the spot and bring it home.

In October, Le Nid offers a fun discount: roll the dice for a discount on any of the shop’s items. The number you get will add up to the usual 5% off, bringing it to a maximum of 11% off!

Rates: 3€ for a drink and two hours of board games.

In the Loufoque bar, located in the Quartier Latin, every game is a party. This establishment is composed of a big room made of old red bricks and white wooden tables.

Besides offering as many games as the previous bars, you will also be able to enjoy many home-made dishes and original cocktails.

In the afternoon, you can order a 9€ drink+dessert on a touchscreen. Our pick is home-baked cookies and a cocktail made of jin, albumin and lime named Silver Fox.

Every Friday at 7:30PM, come test your pop culture knowledge, alone or with your friends during the Quizz Loufoque. A full hour of questions, challenges and blind tests will be taking place, making for a fun evening in the capital.

Rates: 5€ without any time limit.

The Meeple Café got its name from the wooden game pieces of “Carcassonne”, a real emblem of modern board games.

This café probably offers the largest board game collection in Paris, with over 1600 games sorted by genre. New games arrive every now and then thus keeping the games shelves up-to-date.

Your children will enjoy this establishment’s menu which includes tiramisus, hot chocolate, cookies, and even more for afternoon snacks.

The bar also has games in English which are perfect for when the rules in French get a little too complicated, and in other languages that never came out in France.

Rates: 4€ for a drink and one hour of board games.

Located in the middle of the Quartier République, the Meisia set up its enormous games shelves in a two-floors building. There are so many games that less than half of them are available for reservation.

The Meisia’s menu combines Asian-inspired foods and cocktails named with geek references. For example, the So’Nikou is an appetizer made of pork nems with Korean sauce, while the Porcinet’s Exhibition is a large plate of cold meats.

This bar often animated organizes various events: Monday evening tournaments, meet-ups with board games’ creators, games in first-access, etc. There is always a good reason to come to the Meisia.

Reset is a cozy HG for gamers that want to recharge their batteries and meet other players in a friendly atmosphere.

Its impressive catalog comprises games of every kind for older and more recent game systems and is renewed monthly.

In the basement, you will find a party room dedicated to musical games only, such as Guitar Hero and Rock Band. Have fun playing retro and modern music with your brand new rock band of friends and family.

In the themed-bar Space Invaders, try out original cocktails such as The Trevor made of vodka and lime or the True Crime Manhattan made with whiskey, martini and angostura.

Rates: Games in free-access with an order.

Because real life isn’t the entirety of life, the Extra Life Café offers you a fictional one. Here, you will be able to fully enjoy its wide video game collection and its snacks.

Get a free drink during your first hour at the bar. Milkshake, coffee, tea or syrup are very much welcomed and will have you yearning for more.

There won’t be time to get bored with this bar’s 1.000 games to pick from and its dozens of arcade machines accessible without having to spend a penny.

Manga fans can also make use of their new life reading over 6000 volumes of their favorite graphic novels.

With its old rock’n’roll music and retro decoration, stepping inside Les Chaises will have you step back in time to the 60s or 70s. The place has been built with the help of participatory financing and the names of the donors are now written on the building’s chairs and walls, using Scrabble’s letters.

Several card games are available for a nice game of poker or war as well as a whiteboard for Pictionary sessions with your friends.

Pizzas are Les Chaises’ specialties and are cooked in an oven by a real pizzaiolo. Italy is settling down in your plate. The home-made desserts are delicious as well and we recommend the strawberry “financiers” or pears in syrup and ginger biscuits.

The Gossima is ping-pong players’ favorite place for a meet-up in Paris. Founded by former ping-pong players, they wanted to teach Parisians and tourists about the beauties of this not that well-known sport.

The place is composed of two floors, two bars and eight ping-pong tables. It’s time to play a few games and enjoy a cocktail or a plate of cold meats; so pick up a ping pong paddle.

The bar also has its own concert room where DJs sometimes take the stage. The rest of the time, the Gossima is fairly silent to let players fully concentrate.

Rates: 6€ for half-an-hour of ping-pong.

From Tuesday to Saturday: 4PM – 2AM
Monday: 4PM – midnight

Located next to the Ourcq canal, the atmosphere is always great in the Bar Ourcq.

Once you’ve ordered a drink at the bar, you can go out, take a breath of fresh hair and begin a game of -a very famous French ball game . With its plastic cups and cocktails, you will feel like you have landed in a camping site.

In summer, it’s time for the “apéro”! Come dance on electro music and watch the sun set on the canal as if you were on the beach, in the South of France.

Rates: Included with an order.

The  “Bad Players” bar is a very unique place. Downstairs, the atmosphere is very lively next to its bar made entirely out of Tetris blocks. In the basement, the room is quiet and cozy. Here, you can sit down on a couch and think about the best tactic for your next strategy game.

The staff does its best to renew its games shelves and animations as often as possible. Les Mauvais Joueurs offers new games every two weeks and new animations every month. Tournaments, blind tests and role-playing game sessions, you won’t ever get bored!

For a snack, the bar offers typical French products such as Auvergnese cheese and Cantal cold meats. Cocktails, with or without alcohol, are named after children’s games.

In addition to all of this, a Nintendo Gamecube is free to access for customers. Fall back into childhood with a Mario Kart race with your friends.

Rates: 3€ for a drink and two hours of games.

All of the 90s pop culture is now gathered in one place. And that place is named Player One Bar.

Here and there, you will find goodies and original creations for a geeky atmosphere. The video games are exhibited downstairs while the basement is decorated with fantasy elements reminding of Harry Potter, Dungeons & Dragons or Game of Thrones.

The menu is depicted as a retro video game manual and offers cocktails changing every so often as well as beers named after famous movies and video games characters.

Once you’ve finished your drink, have fun on the original creations of the Player One Bar such as Tetris on an XXL Game Boy or Super Mario Bros on a table acting as a gamepad. Or you could also have a look at the various arcade machines, old game systems and board games spread all around.

Rates: Games are free-access after an order.

In a modern and comfortable atmosphere, the Good Game is a brand new game bar which already has quite a wide selection of board games, all of which on a long, neatly organized and, most of all, full shelf.

Never have we seen so many different kinds of syrups on the menu: Over one hundred different flavors from the Monin brand are at your disposition. Some are the usual such as different kinds of fruit syrups, but you can find pretty much any sweet flavor such as chocolate cookies or even candies like bubble-gum.

All the salads are served in bocals in order to avoid any kind of waste; and after multiple kinds of ciders, beers and antipasti, we really enjoyed their soft and smooth Oreo cheesecake.

This bar even has two game systems: a Super Nintendo and a Nintendo Switch, which include a load of Mario games which you can play with friends to have a nice fun and enjoyable time.

Rates: 3€ for an hour, then two hours with a drink. The 12 Best Jazz Clubs in Paris: Our Selection 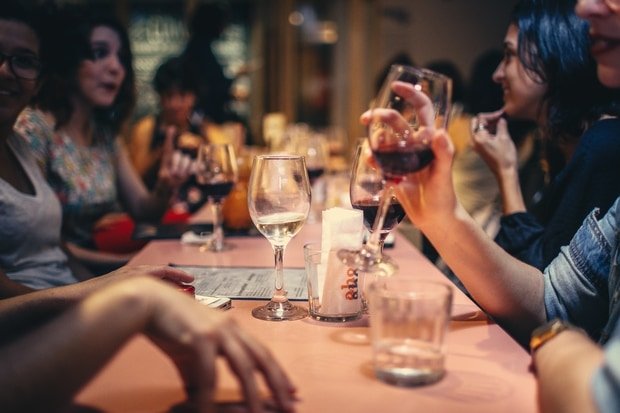 The 12 Best Bars for an After-Work in Paris