In Paris, summer season goes hand in hand with festivals! French and international music stars arrange to meet during the summer in our beautiful French capital to entertain both young and old! But also, film festivals are organized during the summer. For you, we have concocted a list of the biggest festivals taking place in Paris this summer!

The musical event of La Plage de Glazart takes place over the course of approximately 4 months and is famous for its numerous open-air concerts and its white sand… 50 tons of fine sand, boules, a good atmosphere, friends, free concerts and outdoor clubbing make up the magic formula of this festival! And we are pleased to see this vegetated place filled with deckchairs and greenery! On stage, you can find your favourite artists, in particular, Ocelot, Patara or Cardamohm!

For all lovers of metal, rock, heavy and hard, Download Festival Paris opens its doors to you in June, about thirty minutes away from Paris! Newly arrived from the United Kingdom in 2016 and counting on rock programming, you will be ensured to have a blast with your friends, your partner or your family!

To purchase your tickets in advance, visit the official website of the event! For several days, the Festival Jazz Musette des Puces offers you the opportunity to attend free jazz concerts to the Saint-Ouen flea market. For the program in 2018: Jen-Jacques Milteau, Yvan Le Bolloc’h, and many other artists will be there! The talents of the French scene will know how to make you vibrate under the tempo of their instruments. Since the atmosphere is guaranteed, do not hesitate anymore and pop over to the 20th district! Classical music floods the capital in June! This festival invites the fanatics of classical music or the curious guys to gather in 5 highly symbolic places of Paris. Patricia Petibon, David Fray, Regula Mühlemann and many others will be there and the sound of their sumptuous musical instruments will soothe you in the key places of the capital, such as the Eiffel Tower, the City Hall of the IVè, the Museum of the Romantic Life, The Petit Palais and the Church Saint Eustache. For the out-and-out fans of classical music, it is the place to be. Do not miss out!

Visit the host site of the event to purchase your tickets in advance.

Access via public transports: Boulogne Jean Jaurès (M10) 2,5km from the festival or Porte Maillot (M1, RER C) and then take the bus 244 (exit N°6 from the metro line number 1).

Price: Between €15 and €59. For further information about prices, please refer to this website address.

Solidays is a united festival since it combats AIDS, thanks to hundreds of concerts spread across the capital. The programme is varied and eclectic! Numerous tops of the bill but also favorite artists are to be planned.  Thanks to its varied selection of artists, we can assure you that this will be an unforgettable moment! And for a good cause!

Price: €29 for a day. For more details about prices, check the official website of the event.

French rap is spotlighted for two days at a stretch thanks to the festival of Paris Hip Hop Closing! Launched in 2005, this festival always knew how to make a unique experience in an urban frame live. With a French and international programme, this festival is undoubtedly not to be missed for hip-hop lovers. The 2017 edition invites very big artists in their categories such as The Underachievers, Sofiane, Kool G Rap, Myth Syzer, Roméo Elvis & Le Motel, Josman and many others! In addition to its music, this festival suggests you learn or reveal your talents during dance and tag activities! The choice is yours!

Address: Across the capital

Music Style: Every kind of music

Every year since 1982, the night of June 21st is devoted to music! Everyone is invited to play their favorite musical instrument on the stage or to listen to the sweet or rhythmic melodies of the artists! Well-known and young artists take the scene of all the places of the capital: streets, museums, gardens, bars, restaurants, churches … and offer to the spectators a very wide choice in terms of music.

Peacock Society Festival is an event that gathers up to 15,000 persons in the atypical and unusual places of Paris. It stands among the unmissable festivals of electronic music. Spread over two days, it suggests you come to live its musical-visual arts and artistic influences. The scene of this festival welcomes the biggest in their categories. Among them, for the program in 2017: Nina Kraviz, Dixon, Marcel Dettmann, Moodyman, Levon Vincent and many more are ready to set the public alight and to vibrate your eardrums!

Paris Jazz Festival makes its big long-awaited return in the Parc Floral during June and July! A real sanctuary for the artists of jazz, Paris Jazz Festival puts on a great spread every year! In 2017, count on Erik Truffaz’s presence but also Trilok Gurtu, Jacques Schwartz-Bart, Les Amazones d’Afrique, Lisa Simone, Anne Pacéo and many others who invite you to come to share their passion for jazz music with outdoor concerts, both day and night, for low prices and in the wonderful surroundings of the Parc Floral in Paris … What more can you ask for?

At the beginning of July, the FNAC moves in the esplanade of the town hall of Paris for unforgettable and 100% free outdoor evening concerts! Around thirty concerts will take place and the public can take advantage of this magical moment to discover its new favorite artist or to move to the rhythm of its favorite artists. The headlines of the previous years are Louise Attaque, Feu Chatterton or still Lilly Wood, and The Prick! There will be something for absolutely everyone!

If you are a bashful lover of classical music, it is this year’s event not to be missed! Situated “at the heart of the green bower of the Floral Park of Paris,” each year, this festival attracts more than 80,000 spectators that come from all corners of the world to admire artists playing strings or piano keys and to waltz accompanied with the music of their lullabies! Situated right in the heart of the Floral Park of Paris in the Vincennes Woods for more than one month, this event is the ideal opportunity to gather family or friends in front of a more than grandiose show! Activities, exhibitions and meetings will also be “at the Rendezvous”!

Price: 1 full fare ticket for a day: €49. For more details about prices, please visit the official website of the event.

For about fifteen years, the Festival Rock en Seine has not stopped increasing and being known as one of the best festivals of the year. This fame has been achieved thanks to artist presences like Muse, Radiohead, Calvin Harris, Justice, Lilly Wood and The Prick, Black Rebel Motorcycle Club, Lykke Li, Passion Pit, Skip the Use, Major Lazer and many others! As every year, this festival proposes the best of rock, of pop and of electro music and knows how to gather the generations, the musical styles, and the nationalities! It is the rock event of the year that is impossible to miss!

Book your ticket now on the official website of Rock en Seine!

Lollapalooza is an internationally known American festival and it makes its first appearance in France in 2017: great news for the music lovers because the participants can count on the presence of artists such as The Weeknd, Imagine Dragons, London Grammar, and Martin Solveig. This festival joins the big league among those of its category and is going to create a sensation during its arrival in France! 50 groups and 120,000 festival-goers are expected. Please book your places now …

Book your places now on the official website of the event!

The Festival for the film-lovers

Access via public transport: Franklin D. Roosevelt (M1, M9)
Price: The regular fare is about €12 per person. For further details about prices, check the official website of the event.

For its new edition widely awaited in June, Champs-Elysées Film Festival will be rich in terms of new movies! Situated on the most beautiful avenue of the world, this festival dedicates itself not to the 6th art of the music but to the 7th of the French and American cinema! This movie fan meeting aims to defend, promote and put the spotlight on the diversity of the American and French cinemas.

The awarded prizes during the festival are: Where To Go In Paris On A Tight Budget (Restaurants, Bars, Shopping, Activities) 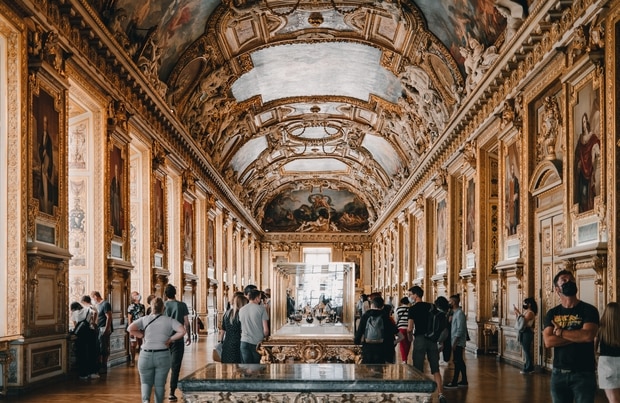 19 Activities To Do in Paris on Sundays (Not Everything Is Closed!)